Henry Wild (JS & Pe 78-88) is National chairman of the British Holiday & Home Parks Association which brings together the owners and managers of some 3,000 holiday parks. They range from small farm-based camping sites to major park groups, as well as residential parks. Having held the position of Vice- chairman and also Branch Director for the Association previously,Henry is also a Director of his family’s long-established holiday parks business in Cockerham and Ambleside.

Henry originally held ambitions to become an auctioneer and land agent. However, whilst studying for an HND in Land Management, he was called on to help manage the family business which had been set up by his father.

Henry began putting into practice the principals of sustainable management and introduced measures to promote biodiversity and protect the indigenous flora and fauna. He successfully created one the first parks in Britain to achieve the David Bellamy Conservation Award when the scheme was introduced two decades ago to highlight Britain’s top pioneers of ‘green tourism’. The park has continued to win top awards in the scheme ever since, and its high quality standards attract thousands of visitors each year from across the UK and overseas. 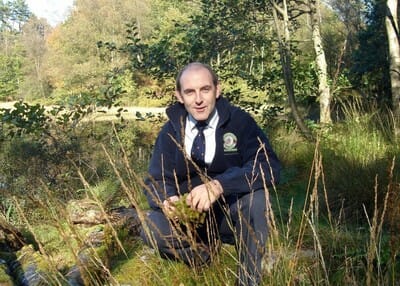