Congratulations to OR Graham Hayhurst (JS & SE 56-66), who this week received the Freedom of the City of London.

Graham has worked in the wallpaper industry since 1979 in various export sales roles for firms such as Coloroll and Crown, based in Lancashire, and is currently working for a Korean firm. He joined the Painters and Stainers Guild, the 5th oldest of the 110 in the City of London, and as such was eligible to be put forward to become a Freeman.

The Freedom of the City of London includes many who have achieved success, recognition or celebrity in their chosen field. It can be gained through membership of a livery company or by direct application supported by a suitably qualified proposer and seconder. About 1800 Freemen are admitted each year by the Clerk to the Chamberlain of the City of London at a ceremony at Guildhall.

Graham was joined by his family at the ceremony, including his two sons, Jonathan and Lee, who are also ORs. 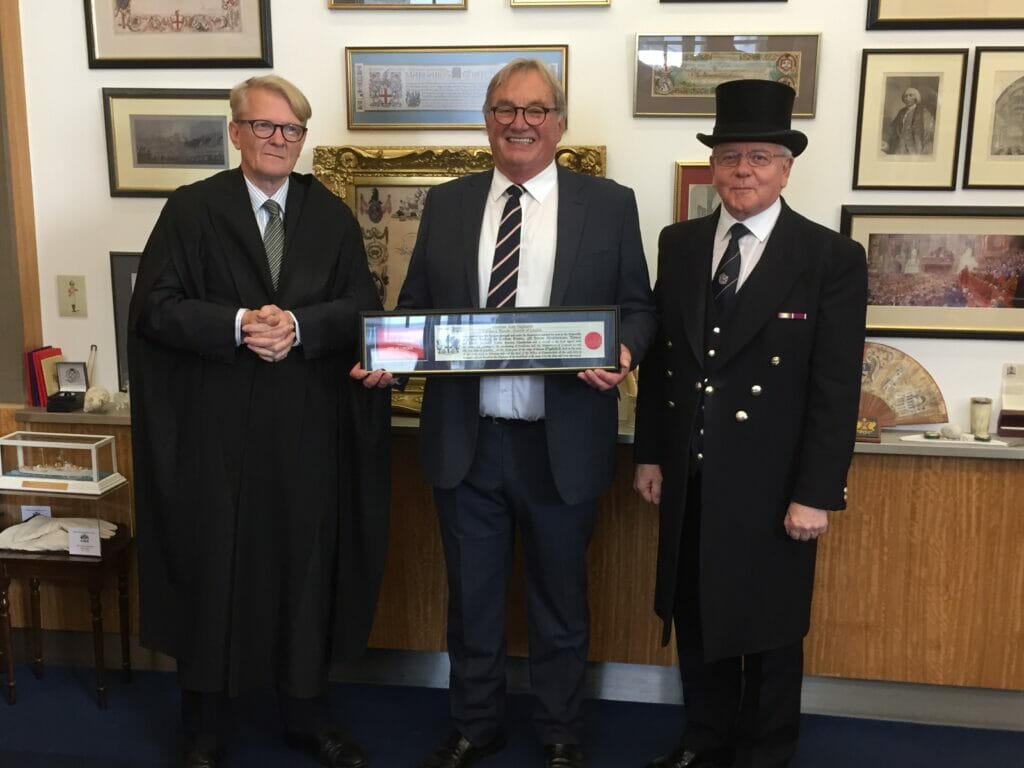