This week’s Amazing Alumni are Jacob Draper (Pe 14-16) and Milan Weber (Pe 11-13), who competed against each other last weekend in the European Hockey League Tournament in Northern Ireland. Jacob plays for Cardiff & Met and Milan plays for UHC Hamburg.

The EHL is an annual men’s field hockey cup competition organised by the European Hockey Federation for the very top clubs in Europe. The competition was launched in 2007 and features many of the world’s best players. The EHL is now seen as the pinnacle of club hockey in Europe (the hockey equivalent of the UEFA Champions League) with top clubs from across the continent playing what many consider to be the most exciting and dynamic club hockey in the world.

Milan’s team clinched victory in the match but we send our congratulations to both players for competing at such a high level and showcasing the talents of our Rossallian hockey players.

Jacob is currently studying Economics at Swansea University and Milan is studying Business Administration at the Fresenuis University in Hamburg. 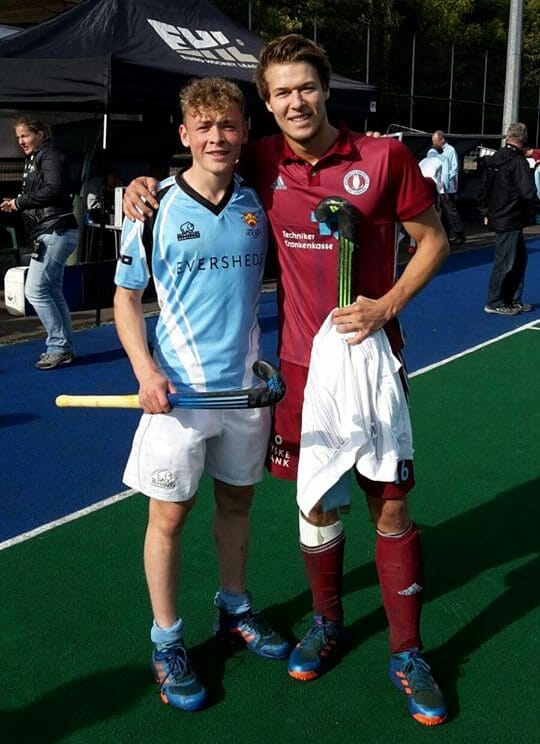