Google Expeditions is a new app developed by Google which aims ‘to open up the classroom for an immersive learning experience’.

The app enables teachers to take their students on virtual field trips, using virtual reality headsets and a controlling tablet.

Teachers were able to select a destination from across the world and throughout history, and students were immediately transported to a 360-degree, 3D view of the destination. Classes enjoyed expeditions to the Seven Wonders of the World, the Great Barrier Reef and even the American Moon Landing.

History teacher, Mr Dan Hall, used Google Expeditions to transport his Year 8 class all the way back to the trenches of the First World War. Students found themselves standing in a flooded trench, staring up at a soldier holding a pistol. As they turned around, they saw another soldier cooking bacon on a poorly constructed stove.

Mr Hall commented on the experience: “It can often be extremely difficult for our students to visualise different periods of history.

“Unfortunately, we are lacking flux-capacitors at Rossall, so time-travel is out of the question. Google Expeditions is certainly the next best thing – it allowed our students to truly gain a picture of how difficult life was like as a soldier during World War One.”

Over 300 of our students experienced the virtual reality locations, travelling through time and space to many different locations and periods.

And it was not only history and geography that benefited from the expeditions, PE students used the Google devices to take a look at the Crow Fair, often referred to as the ‘Teepee Capital of the World’.

During the visit, students studied traditional tribal dancing and continued to celebrate Native culture and its history by taking part in a boys vs girls tribal dance off. Both teams were exceptional and were able to transport us back to Crow Fair without any need for virtual reality.

The Google Expeditions catalogue also includes a vast collection of other interesting destinations, ranging from Mars to the Moon to Gettysburg, the Anne Frank House and the Great Wall of China.

Rossall School’s Head, Ms Elaine Purves stated, “Whilst we have a broad range of enrichment opportunities – dashing for a fleeting visit to the Great Barrier Reef is not quite feasible.

“At Rossall, we are always looking for new opportunities to inspire our students’ learning, and this was a great way to get them excited about their subjects!

“Thank you to the Google team for giving our students and teachers a truly unforgettable day.” 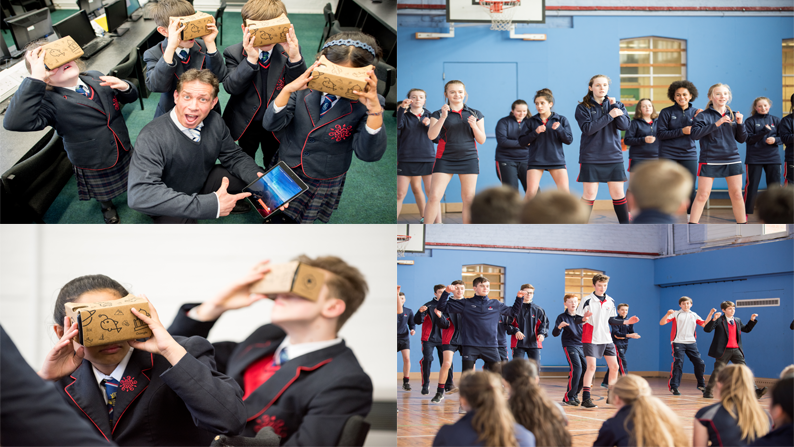