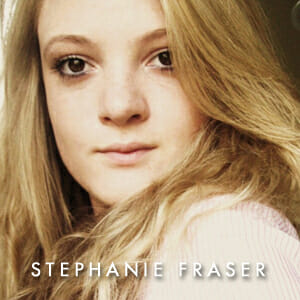 Stephanie Fraser (JS & Dn 95-11) is an English folk rock singer-songwriter. Whilst at Rossall, Stephanie’s talents were uncovered by her teachers and, on receiving a music scholarship at the age of 11, she started writing and performing her own songs.

On leaving Rossall, she attended Leeds College of Music to pursue a music career and after being signed to Island Records, she moved to London to promote her EP ‘Walking Woman’. Her other two EPs are entitiled ‘Purple Sun’ and ‘Pretend’.

She has toured extensively in the UK and Canada and music critics claim that Stephanie has a songwriting ability beyond her years. She has also recently appeared in Buzzfeed’s list of underrated British musicians