On Wednesday, Rossall Junior School hosted 20 schools from across the North of England and as far as the Isle of Man, for their annual Invitational Rugby Tournament.

As it was a festival, the focus was on enjoying playing rugby rather than on winners, so all teams were grouped with others of similar ability and played in a ’round robin’ format. Scores were collected to rank the teams, so that every team was able to play in their own final at the end of the day. A medal was presented to a ‘Player of the Game’ by each team to the opposition in their final game.

The two top seeded teams of the tournament played for the trophy and the plate respectively. Manchester Grammar School won the trophy and St Mary’s Hall took away the plate.

Thank you to all teams who attended and took part. We had some incredible feedback from the other schools and visiting parents who noted the great atmosphere and the camaraderie shown by each team. 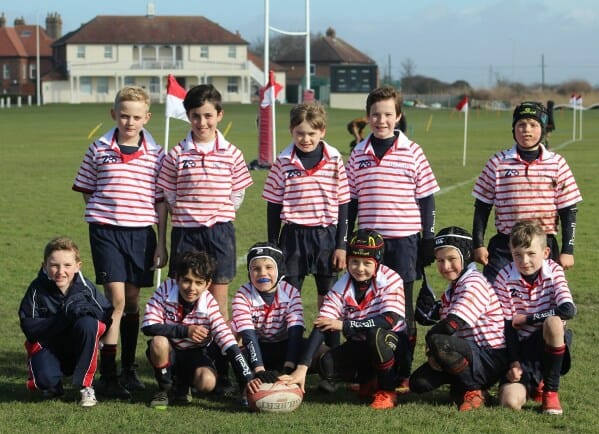