On arrival, guests were split into groups and led into different rooms. Georgina and Cassy were placed in the ‘Throne Room’ which, in their words, ‘was definitely the best room in the palace!’

Each group was given their own special guest to present their certificates and Georgina and Cassy were thrilled that England Hockey Player and Olympic Gold Medalist, Nicola White, was theirs.

Nicola spoke about her experiences playing hockey for England and representing Team GB at both the London 2012 and Rio 2016 Olympic Games.

Shortly before the certificates were handed out, the girls were congratulated by Prince Edward, the Earl of Wessex, for completing the award.

Current Rossallian and House Captain of Rose, Natasha Maycock, was thrilled to accompany her big sister to the ceremony.

Georgina reflected on the experience and said “I’m so glad Cassy and me completed our award at the same time. It was great to receive it alongside one another, knowing we had experienced the whole journey together.” Well done, girls! 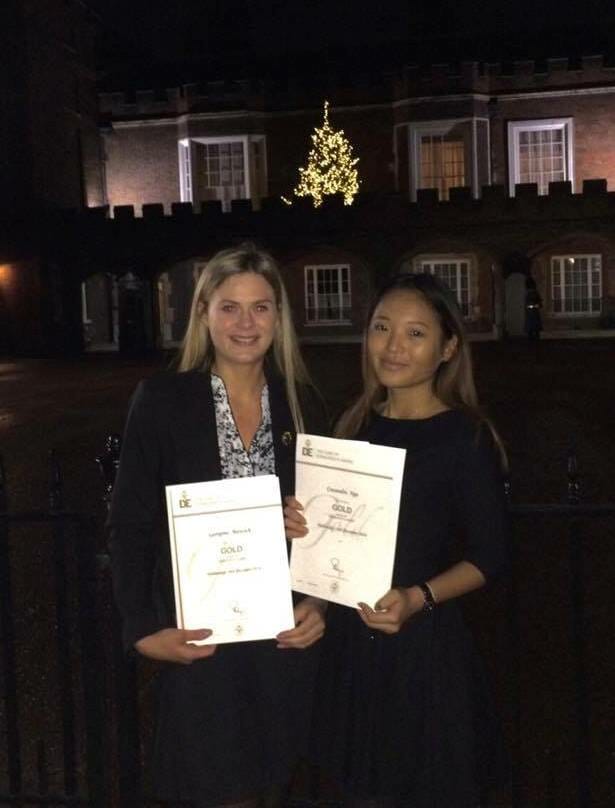