A common misconception is that schools ‘wind down’ towards the end of the Summer Term. With internal examinations, TAGS to complete, Prize Day to organise, travel arrangements to confirm and sporting fixtures to attend, we are beyond busy.

Furthermore, a huge amount of time is dedicated to planning for an exciting and action-packed return to School life in September. Like so many, we were disheartened by Boris Johnson’s announcement that the problematically named ‘Freedom Day’ will be postponed until the end of July, but with a rising number of cases of the Delta variant, it is sensible to proceed cautiously. Inevitably, the announcements have had an impact upon School events but we have to be grateful for what we can do rather than dwelling upon the things that are no longer possible. We are determined to give our Year 13 leavers a day to remember and we are looking forward to the official opening of the Pre-Prep and Nursery, which will take place next Friday afternoon. Amanda Owen,  shepherdess, mother of nine and star of Channel 5’s Yorkshire Farm will be opening our new facilities and we are looking forward to welcoming her to School. 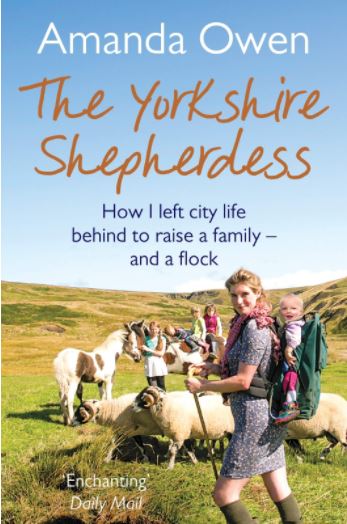 Our guest preacher at the Commemoration of Benefactors service on Saturday morning will be Sam Haigh who leads the congregation at Preston Minster.  Sam is a former mechanic and was, until relatively recently, a curate at Holy Trinity Brompton in London. Sam and his wife Hannah are Rossall parents themselves and last week Sam met with some of our current Year 13 students to learn more about their experiences here at school and their hopes for the future. We are looking forward to welcoming him to the Chapel for what promises to be a lovely service during which we will give thanks for coming through the last year safely and pay tribute to all of the generous benefactors who have endowed the School since 1844. 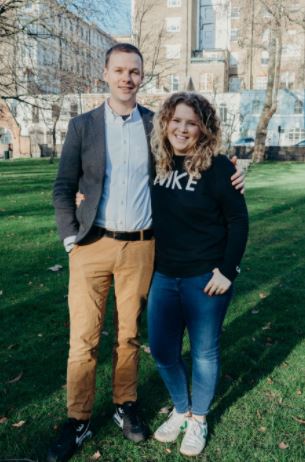 Sam and his wife Emma

There are few ORs more inspirational than Josh Landmann and we are delighted that he will be our guest of honour at Prize Day. Joshua’s achievements are remarkable and his resilience, courage and energy is staggering. In 2019, Josh became the Guinness World Record holder for the fastest marathon in a non-racing wheelchair, completing the course in just three hours, 18 minutes and 59 seconds. Josh was named in the Lucozade’s Sport’s Mover’s List which celebrates the top 50 people who get other people moving. The list included heavyweight boxer Anthony Joshua and England Lioness footballer Nikita Parris. He will be hoping to qualify for the Paralympics at a race in Spain this weekend. We were thrilled to learn that OR Jacob Draper will be heading out to Tokyo as part of the GB Hockey Team. 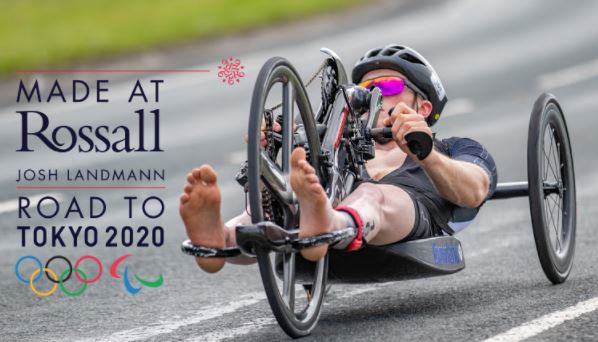 Josh will be assisted by Heather Loughran who has been part of this community for many years. Heather’s irrepressible cheerfulness sustained many of us during the long hard months of lockdown and she is much loved by colleagues and pupils. Heather epitomises the spirit of Rossall, and her role on Speech Day is also a public acknowledgement and vote of thanks to all members of our support staff who have fought so valiantly to keep the school community safe during difficult times. We are one team and it is a privilege to work with so many colleagues, like Heather, who go above and beyond to enrich our lives and look after our children. 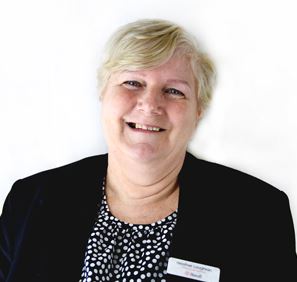 We are always proud of our pupils but we are especially proud of Scarlett Knight who demonstrated incredible presence of mind when she managed to calm a horse that had thrown its rider and broken free on Sandy Lane on Monday morning. Fortunately, the lady concerned was not seriously injured and a number of other pupils, including Harry Hogarth and Harriet Bowden came to her rescue.  The quick thinking and thoughtfulness of our pupils was hugely impressive.