Philip (Phil) Kelsall MBE (Fn 70-73) is a theatre organist who has been principal organist at the Blackpool Tower Ballroom since 1977. He was inspired to learn the instrument by Reginald Dixon, the renowned Tower Ballroom organist, and was initially appointed as organist for the Tower Circus band aged just 18; he also deputised for Ernest Broadbent in the Ballroom itself. After Ernest Broadbent’s retirement, Phil was appointed the Tower’s organist in 1977.

Noted for his distinctive Dixon-inspired ‘Blackpool style’ of playing, he has made numerous appearances on television and radio, playing the Tower’s 1935 Wurlitzer organ, especially on the long-running BBC Radio 2 programme, ‘The Organist Entertains’, which he has occasionally guest presented.

He has also appeared on Strictly Come Dancing and was awarded an MBE in the June 2010 Queen’s Birthday Honours list. 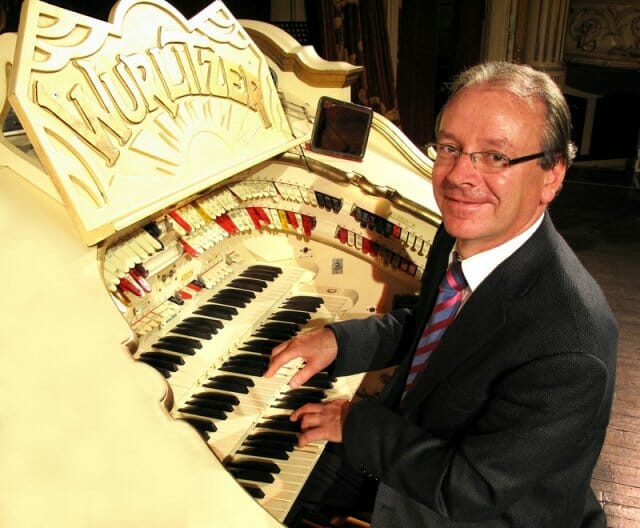