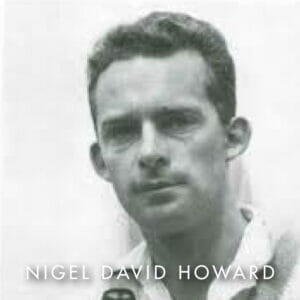 Nigel David Howard (JS&SE 35-42) was an English cricketer, who played for Lancashire and England. He captained England for the tour to India in the only four Test matches he played in, winning one and drawing three.

His younger brother, Barry, was also a pupil at Rossall. He too went on to play for Lancashire and their father was secretary of Lancashire County Cricket Club for several years.

Nigel made his debut for Lancashire on 25th May 1946 and given the Lancashire captaincy in 1949 at the age of 23, becoming the youngest player to captain Lancashire. He guided the team to a share of the County Championship title in 1950; Lancashire did not win again until 2011. He remained Lancashire’s captain until he retired from first-class cricket at the end of 1953.