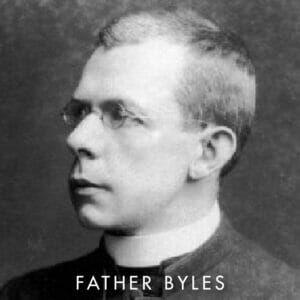 Rossall is well known for being the former school of Leslie Charteris, author of the popular ‘Saint’ novels, but now a campaign has been launched to make another past pupil a saint for real.

Father Thomas Byles, a priest who was educated at Rossall School in the 1880s was a passenger on the Titanic when it sank in 1912. Byles twice refused a place in a lifeboat, choosing to remain on board the sinking ship to pray with passengers.

The current priest at Father Byles’ church in Essex has called for the former Rossall pupil to be canonised, due to his heroisim and martyrdom – to become a Saint, Thomas also needs a miracle to be attributed to him.

The achievements of Father Byles and Leslie Charteris are a perfect illustration of the diverse accomplishments of the students here at Rossall. We hope the works of both act as an inspiration!