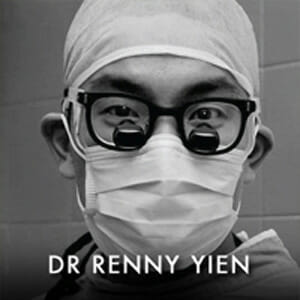 When were you at Rossall?

Tell us some of your favourite memories of your time at the school?

One of my favourite memories of Rossall was playing rugby – winning and losing! House games were most memorable, especially the 1984 final game between Dragon Crescent and Fleur de Lys! I enjoyed Physics lessons with Mr Fayle; drinking coffee in Mr Owen’s room along with our class of 4 students in Upper Sixth; and queuing up in the Dining Hall, chatting with friends. There are too many memories to mention during my years at Rossall!

What was it like to be at the school then?

Initially, as a Chinese student from Hong Kong, it was a big culture shock for me. Everything was different; the weather was so miserable and cold! In the 1980s, I don’t think my fellow students had seen many people from the Orient and it took a long time for everyone to get used to me and vice versa. I didn’t do much exercise when I came over from Hong Kong and having to do exercise every afternoon for a few hours was very tough for me! I really enjoyed the teaching at Rossall; the classes were small, with the largest class having approximately twenty students in. After getting past the language barrier in the first year, studying became very enjoyable for me.

What did you study at university?

After my A-levels at Rossall, I entered the University of Hong Kong, Faculty of Medicine. I graduated after five years in the University in 1991 as MBBS.

I am a General Surgeon now. In fact, I subspecialize in Vascular Surgery and have been doing so since 2002.

How much training does it require to become a surgeon at that level?

After University, there was a one year internship where I was able to try my hand at surgery, medicine, obstetrics and gynaecology. It was then that I decided I wanted to do surgery. I then spent three years as a basic surgical trainee in various government hospitals, passed two more examinations and was selected to enter the higher surgical training programme. After four more years of higher surgical training, I finally passed the exit examination and became a Specialist in general surgery. As I have a subspecialty interest, I spent two more years developing this, spending six months training in Vancouver, Canada. The total training for my career after Rossall is slightly more than 15 years.

What difference did coming to Rossall make to your education and your career?

Rossall made me an independent, responsible, hard-working and sociable individual. I am sure this must have had a major impact on my subsequent determination in both my education and career.

What do you enjoy most about your job?

Aortic operations – it is a challenge every time. Once the consent is signed, I spend a lot of time planning the procedure, choosing the right stent graft and then perform the procedure exactly like planned. Some improvisation is common and I am most happy when the patient recovers and their problem is over.

How do you feel your education at Rossall prepared you for the role?

What would you say to any student considering studying at Rossall?

Work hard, play hard, set yourself a goal and achieve it with determination.

How would you sum up your time at Rossall in one word?