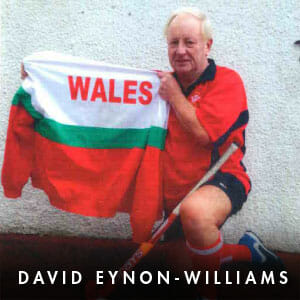 At the age of 67, David is still playing hockey at International level, thanks to his passion for sport being discovered during his time at Rossall.

David came to Rossall in 1960 and, although not particularly academic, he enjoyed most sports and was a member of the majority of teams including swimming, rugby, boxing and hockey. David won both the Junior and Senior Diving competitions whilst at Rossall, along with the Lancashire Schoolboys Diving Championship.

On leaving Rossall, his sporting interest continued on the rugby pitch until, after a number of injuries, he returned to the hockey field. He joined Newport Hockey Club in 1978 and has since represented Wales at International level
in a number of age groups.