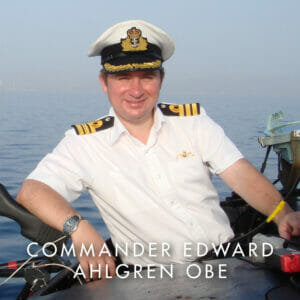 Since joining the Royal Navy, Edward has commanded two nuclear submarines (HMS TIRELESS and HMS TORBAY). He has also completed a MA in Defence Studies from King’s College London and was awarded an OBE for services in submarines.

In 2013, he was posted to Portsmouth as the Operations Officer of the Maritime Battlestaff which included a 4 month tour in Bahrain as part of a counter terrorist task force. Following Bahrain, he was promoted to Captain and commenced Defence Attache training and is currently living in Cairo, Egypt, before assuming the post of Defence Attache to the British Embassy in Cairo in November.

Despite being busy juggling family life and his career, Edward has kindly offered to mentor and advise any Rossall pupils about careers in the Royal Navy.