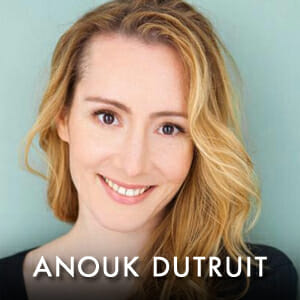 AMAZING ALUMNI – ANOUK DUTRUIT (R 94-98)
Anouk is a multicultural, multilingual lawyer and award winning actress. She grew up in Switzerland with her Swiss father and Spanish mother and embraced acting at an early age. After leaving Rossall, she travelled extensively through Europe before attending law schools in London (King’s College) and Paris (La Sorbonne), graduating with a Civil Law and a Common Law degree. She then moved to New York and became a student at the Neighborhood Playhouse. Since then, she’s performed in numerous films, TV programmes and plays, including Blue Bloods, The Rendezvous and The Three Sessions.