The trip started in December and usually takes around 14 days but, due to time constraints, the challenge was to get to Base Camp and back in just one week. Already living and working in Mongolia, Duncan thought that the country’s climate would equip him well for this speedy trek and the challenge would be manageable. The group arrived at base camp at lunchtime on the 1st January and Duncan was thrilled to have completed the trek.

However, during the descent, Duncan became very ill and the next thing he remembers is waking up in hospital having had a brain scan. Friends told him that his breathing had become difficult so a helicopter had to airlift Duncan, who by now was unconscious, to the nearest hospital in Kathmandu, where he was diagnosed with oedema (caused by the lack of oxygen to his brain). Doctors informed him later that if he been on the mountain for 15 minutes longer, he probably would have died on Everest.

Despite this traumatic experience, Duncan would recommend this trek to anyone (with the right preparation of course!). He is certainly not ruling himself out of other high altitude treks or endurance events. If well enough, he hopes to compete again in the UB City Marathon this summer as a starting point for training for a multi-day running race in Madagascar.

We hope that Duncan’s ‘Rossall spirit’ got him through this challenging time and we wish him well in his next endeavour. 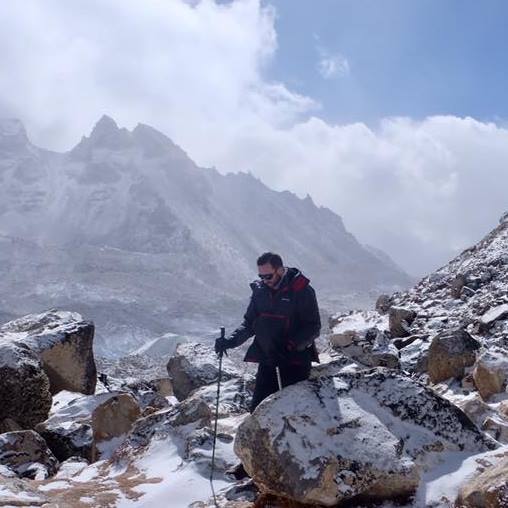