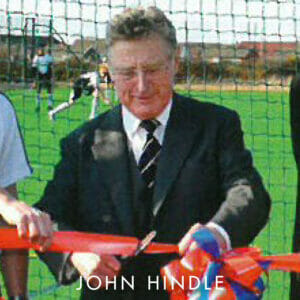 At school, John Hindle was an excellent all-round sportsman, excelling in Ross Hockey, cricket, squash and rugby. He is undoubtedly one of the finest exponents of Ross Hockey, which ultimately led him to compete in the highest levels of Association Hockey, securing 50 international caps. He is also our greatest Olympian, having competed in both the 1960 and 1964 Olympic Games.

John was invited back to Rossall in 2011 to officially open the new Astroturf facility. Sadly, he passed away in 2012.