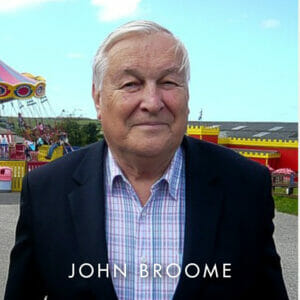 John Broome (MC 55-61) is best known as the founder of Alton Towers. During the 1970s, he took over the family business and turned the modest tourist attraction into one of the UK’s leading theme parks. By the time he had finished, Alton Towers was the biggest single tourist attraction outside London, drawing 2 million visitors a year (including numerous Rossall pupils!). He sold the business to the Tussauds group in 1990.

John has now purchased Crealy Great Adventure Park near Wadebridge, along with 200 acres of adjoining farmland, and plans to turn this Cornwall theme park into a ‘premier European resort’ which will include holiday villas, courtyard properties, tree houses, a pool, spa, restaurant, pub and the largest tropical lake in Britain. The project is expected to create at least 950 new full-time jobs and construction could start in the new year.