Workshops With Our Ambassadors

The Academy will host regular workshops by some big names from the stage and, in particular, the West End.

Stars already signed up to deliver workshops this coming academic year include:

Who has appeared in Wicked, Shrek, Mamma Mia and is currently in the West End cast of Come From Away

Our patron, who had two long running spells playing Marius in Les Miserables (London) as well as other theatre credits include: The Light in the Piazza (LA Opera Production, 2019) and City of Angels (West End Revival, 2020). His film and TV credits include West Side Stories: The Making of a Classic (BBC) and Les Miserables: The Staged Concert (Universal Pictures). One to One Lessons

One to one lessons are a superb opportunity for pupils to deepen their understanding and develop their skills in all aspects of musical theatre.

Lessons in dance, drama and voice are available.

In dance, pupils will prepare for ISTD and/or RAD examinations in Modern and Ballet. Lessons will focus on developing core concepts of dance technique and improving performance skills. Pupils will also have the opportunity to explore new and emerging dance styles from the Musical Theatre cannon.

In singing, we hold private ABRSM practical examinations every Summer on site. Our vocal teachers support students in both the Classical Singing and the Singing for Musical Theatre syllabuses. We also support students who elect to take other exam boards, including Trinity and LCM.

Step Into the Limelight

Express your interest in an academy place.
Apply Now 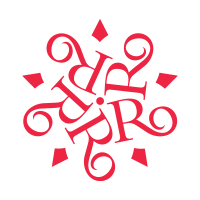