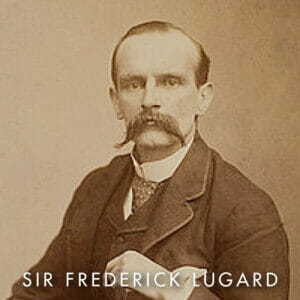 Sir Frederick Lugard (Fleur-de-Lys 1871-1877) was a British soldier, mercenary, explorer of Africa and colonial administrator, who was Governor of Hong Kong (1907–1912) and Governor General of Nigeria (1914–1919). Born in India of missionary parents, he left Rossall and went to the Royal Military College at Sandhurst before joining the Norfolk Regiment. Posted to India and swept into the British imperial advance of the 1880s, he served in the Afghan, Suakin (Sudan), and Burma (Myanmar) campaigns.

He played a major part in Britain’s colonial history between 1888 and 1945, serving in East Africa, West Africa, and Hong Kong. His name is especially associated with Nigeria, where he served as high commissioner (1900–06) and governor and governor-general (1912–19). He was knighted in 1901 and raised to the peerage in 1928.

When Rossall School began recruiting larger number of international students in the 1990s, Lugard House was borne in recognition of one of our most prolific Old Rossallians.