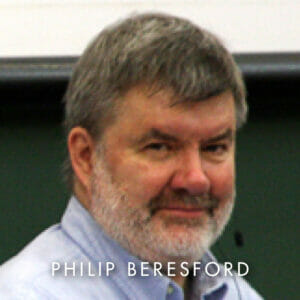 Philip Beresford (SE 57-67) is the compiler of the Sunday Times Rich List, which is published in January every year featuring the richest 100 people in the United Kingdom. He also conducts interviews and writes news stories with many influential people.

Philip started work in Journalism in 1979 working for a weekly magazine called Engineering Today. After two years he joined the Sunday Telegraph as a business reporter and in 1983 joined the Sunday Times as a business reporter, rising to become Industrial Editor and starting the Rich List in 1989. He left the paper full time in 1990 and has been involved in wealth hunting on contract ever since.

Philip plans to retire on the completion of his 27th Rich List in 2016.